China's most profitable bank settles charges with SEC for $42 million 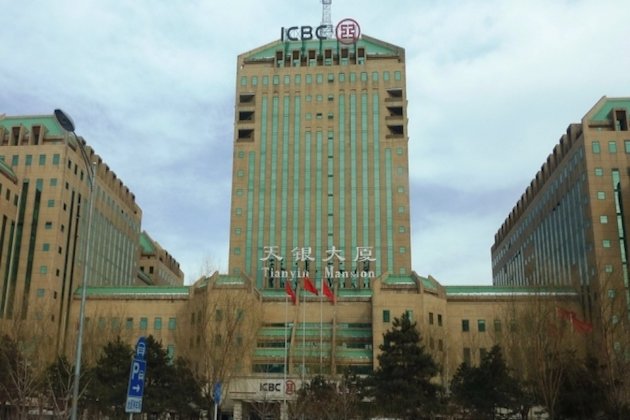 WASHINGTON DC - The World's largest bank by assets, ICBC, which is also China's most profitable bank, has been hit with tens of millions of dollars to settle claims against its broker offshoot, by the U.S. securities regulator.

The settlement, announced on Friday by the Securities and Exchange Commission, marks the largest recovery against a broker in the SEC's ongoing investigation of ADR practices.

It is the tenth settlement reached with financial institutions and takes the total recovery by the SEC to in excess of $414 million.

The SEC's order found that ICBCFS improperly obtained pre-released ADRs from depositary banks when it should have known that neither the firm nor its customers owned the foreign shares needed to support those ADRs. This inflated the total number of a foreign issuer's tradeable securities and resulted in abusive practices such as inappropriate short selling and dividend arbitrage. In certain countries, demand for ADR borrowing increased around dividend record dates, so that certain tax-advantaged borrowers could – through a series of transactions – collect dividends without any corresponding tax withholding.  Pre-released ADRs that were improperly obtained by ICBCFS were used to satisfy that demand.

"With these charges, ICBCFS is being held accountable for its unlawful ADR practices," Sanjay Wadhwa, Senior Associate Director of the SEC's New York Regional Office said Friday. "By falsely representing that the firm or its customers owned the foreign shares to support pre-release transactions, ICBCFS often played the role of middleman between depositary banks and other market participants in the issuance of what amounted to phantom securities."

The SEC's order found that ICBCFS violated the antifraud provisions of a section of the Act and failed reasonably to supervise its securities lending desk personnel. Under the terms of the settlement, without admitting or denying the SEC's findings, ICBCFS agreed to be censured, to return nearly $24 million in ill-gotten gains, and to pay $4.4 million in prejudgment interest and to pay a $14.3 million penalty.

The U.S. Department of Justice's Antitrust Division on Friday separately announced that ICBCFS pled guilty to an antitrust charge relating to the bid-rigging of pre-released ADRs by the same securities lending desk.

SAN JOSE, California - Apple has added a new toggle that addresses privacy concerns around the location tracking feature on ...

DUBAI, UAE - The 800MW third phase of Dubai's solar park will be operational in April, the Dubai Electricity and ...

WASHINGTON, DC - The Pentagon on Thursday awarded more than half-a-billion dollars in defense contracts.With around 0.53 cents in every ...

SYDNEY, Australia - Stock markets in Asia finished in the black on Friday, despite the release of economic data in ...

ABUJA, Nigeria - The Indian Mission in Nigeria on Sunday said that 20 seafarers who were kidnapped by pirates last ...

Prince Harry and Meghan to cut formal ties with Palace

More than one billion mammals, birds, and reptiles across eastern Australia are estimated to have been affected by the current ...