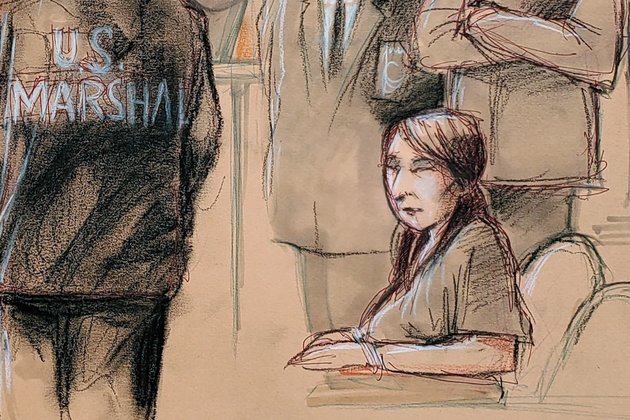 The Chinese woman arrested at U.S. President Donald Trump's Florida resort has been found guilty of trespassing and lying to the Secret Service.

Yujing Zhang faces up to six years in prison when she is sentenced in late November. She showed no emotions as the verdict was read Wednesday at the end of a two-day trial.

The 33-year-old Zhang was arrested in March at Trump's Mar-a-Lago private golf resort in Palm Beach after approaching a Secret Service agent claiming she was a member of the club and wanted to go to the pool. Although agents could not initially find her name on the membership list, she was eventually allowed inside after a club manager thought she was the daughter of a member.

Once she was admitted, Zhang told a receptionist she was there to attend an event by a group called the United Nations Chinese-American Association. When the staff found no such event on the schedule, Secret Service agents were notified and Zhang was detained.

A search of her possessions discovered four cellphones, a laptop computer, an external hard drive and a small data storage device known as a "thumb drive" that contained malicious software.

NEW YORK, New York - U.S. stocks have fallen across the board on Tuesday as a deal between Democrats and ...

Facebook to clamp down on publishers with political affiliations

Despite job gains too many Americans still out of work, says official

WASHINGTON, DC - Total nonfarm payroll employment in the United States rose by 1.8 million in July, and the unemployment ...

WASHINGTON, DC - The Trump administration has ordered 100 million doses of a COVID-19 vaccine candidate to be manufactured by ...

Hong Kong newspaper fights on despite arrest of proprietor

Lebanon to get new government after current regime quits

BEIRUT, Lebanon - Lebanon's prime minister stepped down from his job on Monday in the wake of the disastrous Beirut ...

Chinese government says it has never interfered in U.S. elections