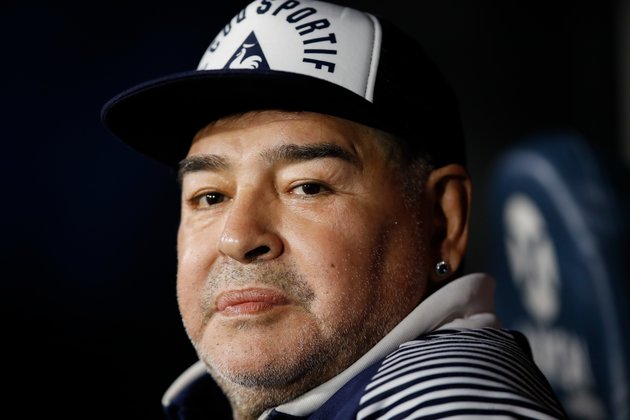 Argentina's Diego Maradona, one of the greatest football (soccer) players of all time, has died at the age of 60.

The attacking midfielder died of a cardiorespiratory issue, according to reports in the Argentine press.

The legend underwent what was described as successful surgery to remove a blood clot from his brain earlier this month, according to the BBC.

In 1986, Maradona, who came from humble roots, led the Argentine side to a World Cup title in Mexico. During the tournament, he scored what many consider one of the all-time greatest goals against England when he sliced through the English defense. In that same game, he scored the controversial "hand of God" goal when he got away with what appeared to be a handball leading to a score.

In 1990, he led his team to the final, but lost to West Germany. He was set to captain the Argentine team in the 1994 World Cup, but failed drug tests.

Playing for his home country, he scored 34 goals in 91 appearances. He appeared in four World Cups.

During the peak of his club career, he played for European powerhouses Barcelona and Napoli, during which he helped the Italian side win two Serie A titles.

Maradona retired from professional soccer in 1997 after a stint with Argentine club team Boca Juniors.

In 2008, he was named head coach of the Argentine national team but left after the team was beaten in the quarter finals by Germany in the 2010 World Cup.