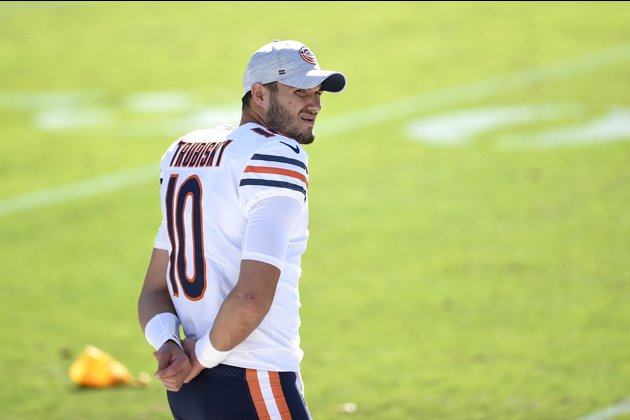 Matt Nagy did not name a starting quarterback for Sunday's game at Green Bay, but the Chicago Bears' head coach seemingly showed his cards at a press conference Wednesday afternoon.

Mitchell Trubisky participated in practice but Nick Foles is day-to-day with a hip injury and was unable to take the field as preparation for the primetime visit to the Packers approaches.

"I have seen a change in him," Nagy said of Trubisky. "And for the good."

"If he is going (to start at Green Bay), what I would say is this: I have all the confidence in the world in him."

Nagy repeated his opinion that Trubisky has grown while watching Foles start since the Bears rallied to win at Atlanta, 30-26, on Sept. 27.

Trubisky has been inactive since injuring his shoulder in a loss to the New Orleans Saints Nov. 4. Foles injured his hip on the final series of a Week 10 home loss to the Vikings.