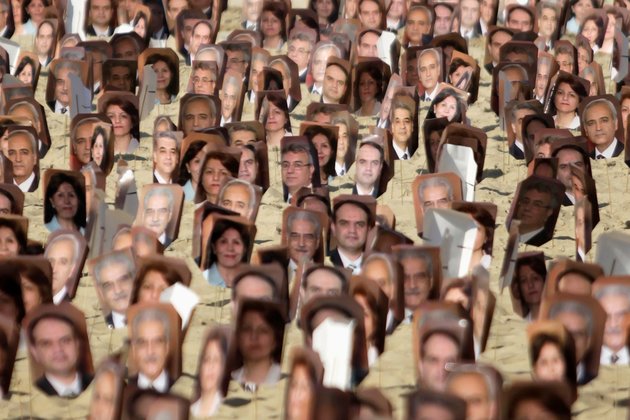 WASHINGTON - Iran is intensifying its campaign of harassment against its Baha'i religious minority, carrying out what appears to be one of the largest coordinated raids of Baha'i homes in the Islamist-ruled country this year, according to knowledgeable sources.

Iran-based Baha'i sources told VOA's Persian Service that security forces raided the homes of around 50 Baha'i families on Sunday. They said the raids happened in different regions of the country, including the northern cities of Tehran, Karaj and Shahriar, the northern province of Mazandaran and the central province of Isfahan.

Sources said the Iranian agents searched residences and seized personal documents and digital devices such as laptops, tablets and mobile phones. They said the agents also told some of the Baha'is whose homes were raided to report to local intelligence offices.

One source told VOA that when some of the Baha'is went to their local intelligence office, agents asked them to provide lists of their assets and those of their family members, along with explanations of how they obtained the assets. None of the sources reported any arrests.

Speaking to VOA Persian on Wednesday, Diane Alai, the Baha'i International Community's Geneva-based representative to the United Nations, said her organization's sources have reported around 20 Iranian Baha'i homes being targeted in Sunday's raids.

Alai said she was not aware of any other recent cases of so many Baha'i homes being raided simultaneously in multiple Iranian cities. But she said the raids appear to be consistent with a long-running pattern of what she called Iranian government persecution of minority Baha'is.

Iran's ruling Shiite clerics consider the nation's estimated 300,000 Baha'is to be heretics with no religion, and routinely arrest them for engaging in faith-related activities, accusing them of national security offenses without disclosing evidence. Most are charged with "propagation" of the Baha'i faith, which authorities consider to be a form of anti-government propaganda.

VOA cannot independently verify its sources' accounts of raids on Iranian Baha'i homes, as it is barred from reporting inside Iran. Iranian state media have made no mention of the incidents.

But in a Tuesday tweet, U.S. State Department Deputy spokesperson Cale Brown highlighted Sunday's apparent home raids as an example of ongoing persecution of Baha'is in Iran, where their faith is not officially recognized in the constitution.

"The Iranian regime has imprisoned dozens of Baha'is because of their faith and seeks to destroy their institutions and schools," Brown wrote. "Baha'i prisoners must be released, and their fundamental right of freedom of religion must be respected."

This article originated in VOA's Persian Service. Click here for the original Persian version of the story.