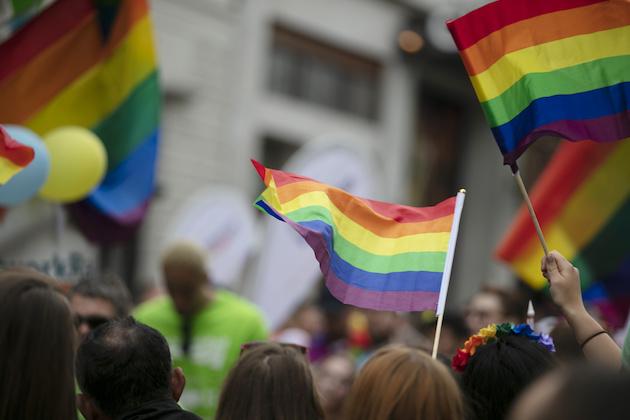 INDIANAPOLIS, Indiana -- It is National Coming Out Day, but many LGBTQ Americans say they still face discrimination in employment, housing, public accommodations, education, and other areas.

Some Indiana cities have enacted their own ordinances to prevent discrimination, but Indiana is one of 27 states with no statewide nondiscrimination protections for its LGBTQ residents.

The Equality Act, passed by the U.S. House and now in the Senate, would update federal civil-rights laws to prevent discrimination based on sexual orientation or gender identity in a uniform way.

Chris Paulsen, CEO of Indiana Youth Group, said it would be very important.

"It will prevent people from being evicted from their home or kicked out of a business," Paulsen outlined. "While you're having dinner, being thrown out for no reason other than your LGBTQ status, from being removed from a jury or denied government services."

Polling from the Human Rights Campaign shows seven in 10 Americans support the Equality Act. The legislation would also expand protections in public accommodations for women, racial minorities and religious minorities.

Paulsen added where she lives, in Indianapolis, she and her wife are protected. But she noted if they drive to neighboring Greenwood for dinner, for instance, they can be denied service.

"In Indiana, it's very patchwork," Paulsen explained. "There's 19 cities that have those protections and then, the rest of the state doesn't. So as you drive through the state, you go from being an equal to not being equal. So, I think it's important that we have the same rules for everyone throughout the country."

Advocates for equal protections say the Equality Act would also serve as a safeguard against the hundreds of anti-LGBTQ laws that have been introduced or passed in state legislatures this year. They include preventing transgender youth from participating in school sports and limiting their access to age-appropriate and gender-affirming medical care.

Support for this reporting was provided by The Carnegie Corporation of New York.

SYDNEY, NSW, Australia - Stock markets in Asia rose on Tuesday in line with gains on other world markets overnight.Bourses ...

TAIPEI, Taiwan: Foxconn, the Taiwanese electronics giant that assembles Apple's iPhones, will unveil three of their own electric vehicles this ...

BEIJING, China: Amid anoutlook for cold winter temperatures, China's quest for obtaining larger volumes of natural gas is expected to ...

NEW YORK, New York - Stocks were mixed in the United States on Monday as market participants weighed up a ...

NEW YORK CITY, New York: Shares of Virgin Galactic fell up to 20 percent after the company announced that it ...

Court orders US to reinstate 'Remain in Mexico' policy for migrants

SAN DIEGO, California: The Biden administration will return to a Trump-era border policy in which migrants will have to remain ...

WASHINGTON D.C.: The U.S. Transportation Security Administration (TSA) has confiscated a record number of guns at airport check-ins in 2021.TSA ...

UK to return to Nigeria statue taken in 1897

LONDON, England: A bronze rooster, taken from what is now Nigeria by British troops in 1897, will be returned to ...

BOLZANO, Italy: According to a scientific study published in the journal Current Biology, workers at a salt mine in Austria ...

BEIJING, China: An app used by Muslims throughout the world, Quran Majeed, has been removed by Apple at the request ...