Colts GM does not commit to Carson Wentz for 2022 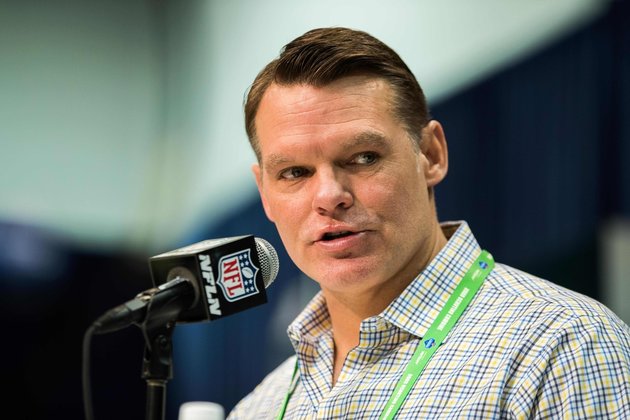 Indianapolis Colts general manager Chris Ballard on Thursday said he does not regret acquiring Carson Wentz, however he appeared to stop considerably short of committing to the quarterback for the 2022 season.

Wentz, 29, reunited with Frank Reich when he joined the Colts at the start of the league year in March. Indianapolis, in turn, parted ways with a first- and third-round pick in the deal with the Philadelphia Eagles.

Wentz became the latest starter in a rapidly spinning quarterback carousel that has included Andrew Luck (retired), Jacoby Brissett (Miami Dolphins) and Philip Rivers (retired). Rivers played one season with the Colts, leading the team to the playoffs in 2020 before ending his career.

"I'd like to quit band-aiding it," Ballard said. "I'd like for Carson to be the long-term answer or for somebody to be here for the next 10 years. Sometimes it doesn't work out that way."

Reich didn't give Wentz much of a vote of confidence on Monday when asked if the latter would be the starting quarterback next season.

"Next year's roster will be next year's roster. I don't want to open it up about one player and then start talking about all of them," Reich said. "... We'll take it piece by piece. We'll evaluate (Wentz's) play. We'll evaluate how we're coaching him, how I'm coaching him, with each position in the pass game. Take it apart piece by piece, and then put it back together. ... We've got to be better in the passing game. It was definitely below our standards, and there's multiple reasons for that. We have to take ownership of that as coaches and players."

Wentz threw for 3,563 yards with 27 touchdowns and seven interceptions in 17 games this season. The Colts, however, lost their final two games of the season, including a disastrous 26-11 setback to the lowly Jacksonville Jaguars on Sunday.

Colts owner Jim Irsay released a statement Wednesday in which he apologized to the fans for the team's finish to the season.

"We ended our season in perhaps the worst way possible and missed our chance to compete for history," Irsay said in the statement.