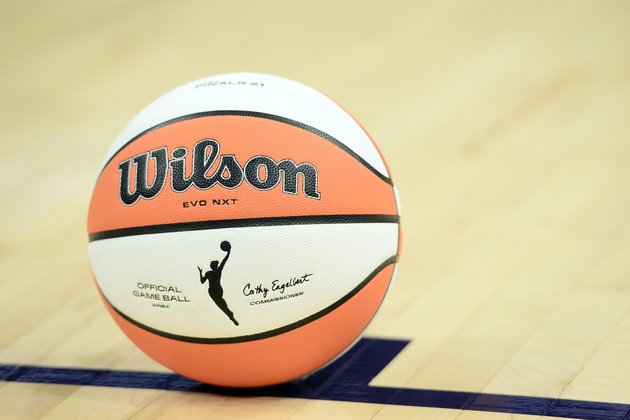 Kelsey Mitchell scored 13 of her team-high 26 points in a 36-point second quarter and put the Indiana Fever ahead for good in the fourth in an 82-76 home win over the winless Minnesota Lynx on Tuesday night in Indianapolis.

Ex-Minnesota guard Crystal Dangerfield scored 10 points for the Fever (1-2), who committed 10 first-quarter turnovers and trailed by nine after one.

The 36 points marked the Fever's third highest-scoring quarter in team history. Indiana, though, fell behind again and trailed 70-69 midway through the fourth quarter when Mitchell knocked down her fourth 3-pointer with 4:59 left in regulation to take the lead for good.

Sylvia Fowles recorded 26 points and 14 rebounds for Minnesota (0-3), which opened with three consecutive losses for a second straight season. The Lynx missed their first seven 3-pointers until Rachel Banham (14 points) hit three during an 11-0 third-quarter run that got the visitors within 51-50.

Back-to-back baskets from Minnesota's Bridget Carleton and Jessica Shepard tied the game at 54-54 with 3:32 left in the third. The Fever led 65-58 after three, but the Lynx scored 11 of the first 13 points in the fourth and twice took the lead before Mitchell's 3.

The Lynx missed their first seven field-goal attempts and trailed 8-4 following a bucket from Indiana rookie Destanni Henderson. However, Minnesota quickly found its form and took advantage of some sloppy Indiana play while embarking on a 13-0 run.

All six of Fowles' first-quarter points came during that run, and Minnesota benefited from Fever's inability to hold on to the basketball for a 21-12 edge after a quarter.

Minnesota has been without key contributors Napheesa Collier (pregnancy) and Kayla McBride (overseas). Odyssey Sims, who played the Lynx's first two games, was not with the team due to an undisclosed reason.

Target reports profits down 52%, shares down 25%

MINNEAPOLIS, Minnesota: Amidst the rising costs of essentials, such as fuel and food, and the rapid return by consumers to ...

WASHINGTON D.C.: After its U.S. asset management unit pleaded guilty to criminal securities fraud after the collapse of a group ...

SACRAMENTO, California: In another blow to the state's push to diversify corporate leadership, a California court judge has ruled that ...

KATHMANDU, Nepal - According to the World Organization for Animal Health (OIE), Nepal has reported its first cases of African ...

MOSCOW, Russia: According to preliminary data released by the finance ministry this week, almost three months after Moscow's invasion of ...

KUALA LUMPUR, Malaysia: After China's decision to not host the 2023 Asian Cup, a choice for a new host will ...

Strong support for Taiwan to attend WHO meeting this week

GENEVA, Switzerland: The World Health Organization (WHO) has received a proposal by 13 member states requesting that Taiwan be allowed ...

BRUSSELS, Belgium: European Union foreign policy chief Josep Borrell has said that the bloc would ensure Ukraine that it has ...

Former U.S. President George W. Bush has made an embarrassing mistake in criticizing Russian President Vladimir Putin over his decision ...

WASHINGTON D.C.: The U.S. State Department has announced the launch of a new program to capture and analyze evidence of ...