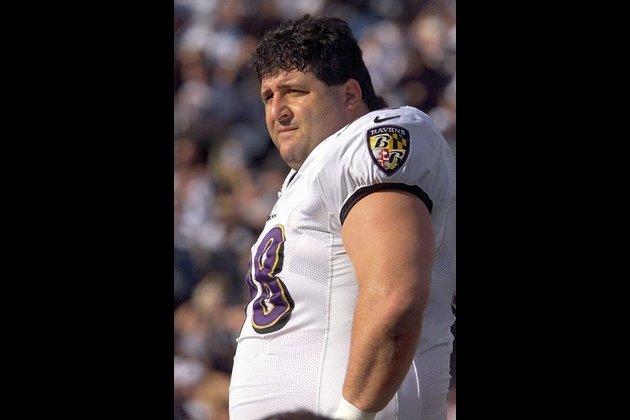 Super Bowl-winning defensive lineman Tony Siragusa, who played 12 seasons for the Indianapolis Colts and Baltimore Ravens, has died at age 55.

Colts owner Jim Irsay confirmed Siragusa's death over social media. Pro Football Network reported that Siragusa, who was affectionately known as "Goose" during his playing career, died in his sleep.

"I'm heart broken as is all of Colts Nation," Irsay tweeted.

Siragusa won a title with the Ravens in Super Bowl XXXV. He finished with 564 tackles, 22 sacks and nine fumble recoveries in 169 games (148 starts) for the Colts (1990-96) and Ravens. He retired after the 2001 season over a decade after he broke into the league as an undrafted free agent in 1990.

"He was a special person and clearly one of the most popular players in Ravens history," Ravens owner Steve Bisciotti said in a statement. "Tony's larger-than-life personality made an enormous impact on our organization and throughout the Baltimore community."

The 6-foot-3 Siragusa played at 330 pounds during his career.

Siragusa went on to become a sports personality and an actor. He was a sideline analyst for Fox Sports from 2003-15. He also had a speaking role in Spike Lee's movie "25th Hour" in 2002 and also appeared in an episode of "The Sopranos" in 2004.

Siragusa's is the second death that hit the Ravens' organization in one day. Earlier Wednesday, the team announced that outside linebacker Jaylon Ferguson died at the age of 26.

"This is a tremendously sad day for the Baltimore Ravens," Bisciotti wrote. "We appreciate everyone who has expressed an outpouring of support for our players, coaches and staff."

14 ft. crocodile captured by man in Indonesia, returned to nature

SULAWESI, Indonesia: Using just a rope, an Indonesian man, supported by fellow villagers on the island of Sulawesi, captured a ...

WATFORD, UK: Watford F.C. has cancelled a friendly match against the Qatar national team due to the Gulf country's human ...