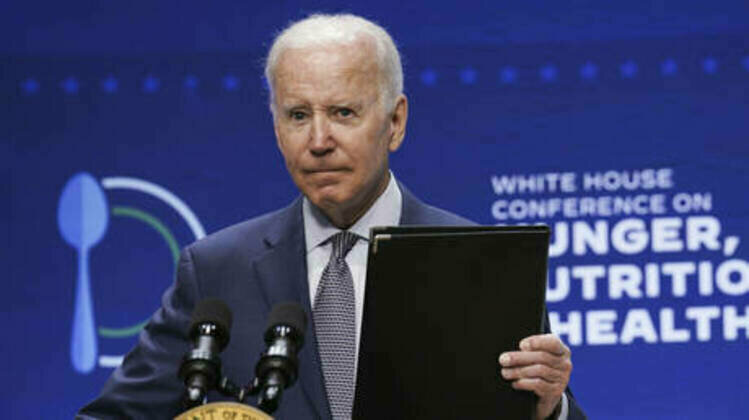 "Where's Jackie?" the US president asked at a White House event, looking for the late Representative Walorski

US President Joe Biden on Wednesday called out for a congresswoman who had died in a car crash in early August - apparently forgetting his own statement of condolence to her family, or the tribute video that reportedly aired before the event.

"Jackie, are you here? Where's Jackie," he said, looking at the people attending the White House Conference on Hunger, Nutrition, and Health. "She was going to be here," he added, according to NPR. Others quoted Biden as saying "She must not be here," based on video footage from the event.

Biden was looking for Jackie Walorski, a Republican congresswoman from Indiana who had co-sponsored the bill to fund the conference.

The reason she was not in the crowd was that she had died in a car crash on August 3 near Elkhart, Indiana - along with two members of her staff.

At the time, the White House released a statement of condolence, attributed to Biden and his wife Jill, and lowered the flags at half-staff to mark Walorski's untimely passing. The statement even mentioned that Walorski had co-chaired the House Hunger Caucus and played a role in planning the upcoming conference.

Less than two weeks later, Congress unanimously adopted a resolution that renamed a Veterans Affairs clinic in Mishawaka, Indiana after Walorski. Biden is scheduled to sign that into law on Friday.

Moreover, a "tribute video honoring the late Rep. Jackie Walorski (R-Indiana)" was scheduled to play during the conference, according to a Politico reporter covering the White House.

Asked about Biden's comments, White House press secretary Karine Jean-Pierre told reporters that Walorski was "on top of mind" for the president and that his remarks were "not unusual."

Walorski represented Indiana's 2nd congressional district for almost a decade, and was the third member of the House to die in office this year. Her death prompted an outpouring of sympathy from members of both parties on Capitol Hill.

Biden's hunger conference is supposed to "lay out a transformational vision for ending hunger and reducing diet-related disease by 2030" in order to "catalyze action for the millions of Americans struggling with food insecurity and diet-related diseases like diabetes, obesity, and hypertension," according to the White House.