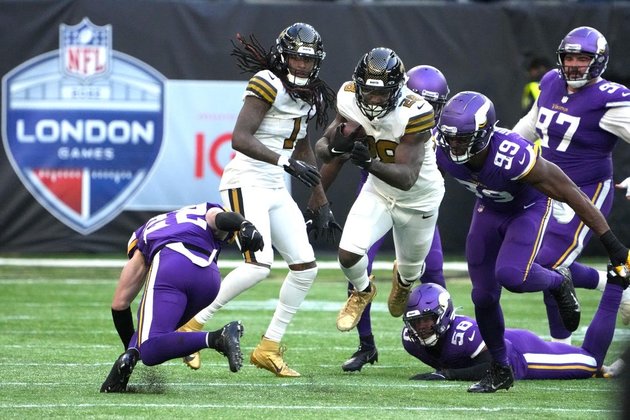 The Denver Broncos added veteran running back Latavius Murray to their 53-man roster on Tuesday to fill the void left by the season-ending injury to Javonte Williams.

In corresponding moves, the Broncos placed Williams (knee) and outside linebacker Randy Gregory (knee) on injured reserve. Gregory is expected to miss several weeks but return this season.

Murray, 32, was signed off New Orleans' practice squad. He was on the Saints' active roster on Sunday and carried the ball 11 times for 57 yards and a touchdown in their 28-25 loss to the Minnesota Vikings in London.

He's not expected to play Thursday night against the Indianapolis Colts, per reports.

The Raiders selected Murray in the sixth round of the 2013 NFL Draft. He was selected to his only Pro Bowl team in 2015.

With these transactions, the Broncos have one spot open on their 53-man roster.